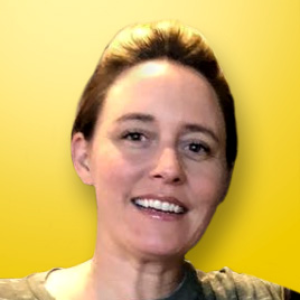 Parkinson’s disease is a serious neurological condition that can affect so many aspects of your life. Although there are a variety of treatments available in this day and age that help manage the symptoms, the diagnosis can still be very difficult to deal with.

What Is Parkinson’s Disease?

Parkinson’s disease is a progressive neurodegenerative illness, so it causes damage to your nervous system over time. Certain neurons in your brain release dopamine, a chemical that plays a role in movement, mood, and a variety of other functions. A decrease in dopamine can lead to abnormal nerve activity, which is believed to be the main cause of Parkinson’s disease.

Unfortunately, there isn’t a cure for Parkinson’s disease. Medications and other treatments can help with symptom management, though. The effects of the disease tend to start subtly and then get worse over time, but everyone’s experience with Parkinson’s is different.

Any serious, chronic condition can affect your mental health. Coming to terms with your diagnosis and learning to manage the disease can be mentally and emotionally taxing, so it’s very common for older adults facing medical issues to also experience depression, anxiety, or other challenges.

According to the Parkinson’s Foundation, at least half of all people diagnosed with Parkinson’s disease will experience depression during the course of the illness. When you’re first diagnosed, you may show depressive symptoms while you go through the stages of grief. The diagnosis changes your life, so you have to grieve your old vision of the future and come to terms with your new one. Feelings of anger, hopelessness, and lack of motivation are all expected during this difficult time.

However, many people find that their symptoms persist even after the grieving period has ended. Clinical depression is a severe and long-lasting condition marked by the following symptoms:

Depression is likely so common among people with Parkinson’s because of the disease’s connection to dopamine. This neurotransmitter plays a major role in regulating your mood, so when your brain doesn’t produce enough, you may struggle to find enjoyment and stay motivated.

Anxiety is almost as common as depression for people with Parkinson’s disease. This mental health disorder affects around 40 percent of individuals with a Parkinson’s diagnosis.

Like depression, anxiety sometimes occurs as a reaction to a diagnosis of Parkinson’s disease. Parkinson’s is a serious illness, and feeling stressed or scared about the future is a normal response. You might feel anxious about how the symptoms of the disease will progress, or you may worry about the logistics of managing a chronic condition. Doctor appointments, home modifications, prescription costs, and a number of other responsibilities can feel overwhelming and can take a toll on your mental health.

For many people with Parkinson’s, though, the symptoms of anxiety are more than a response to the diagnosis. Changes in brain chemistry that are associated with Parkinson’s disease may also increase your anxiety levels. You might feel nervous, tense, or on-edge all the time, or you may have a harder time staying calm during stressful situations.

Sometimes, people with Parkinson’s disease experience mental health symptoms as a result of treatment side effects. Certain medications can affect your mood or energy levels, which could lead to symptoms of depression. Difficulty sleeping is another common side effect of many treatments, and changes in sleeping habits can cause or worsen some mental health conditions.

More rarely, Parkinson’s disease treatments can cause severe mental health symptoms, such as hallucinations and delusions. Hallucinations are sensory experiences that appear real but aren’t, like hearing a voice no one else can hear. Delusions are untrue beliefs, like the belief that you’re being watched. These mental health experiences can be very frightening and harmful, so you should speak to your doctor if you’re going through them. Your doctor may be able to change your medication regimen to alleviate these symptoms.

Mental health issues are common for people with Parkinson’s disease, but that doesn’t mean they’re inevitable. No matter what health challenges you’re facing, you deserve to feel mentally and emotionally well. By taking care of your mental health, you’ll better equip yourself to manage the physical symptoms of Parkinson’s.

Depression and other disorders are often managed with a combination of medication and therapy. Be honest with your doctor about the symptoms you’re experiencing. They can refer you to other professionals who will help you create a treatment plan to protect your emotional health. For example, they might recommend visiting a psychologist or a counselor to get to the root of your mental health symptoms and to build healthy coping skills. Support groups can also be a valuable resource as they connect you with others who can relate to your experiences.

Parkinson’s can be an incredibly challenging illness, but support is always available. Blue Moon Senior Counseling provides therapy for depression, anxiety, and many other mental or emotional concerns. If you or an aging loved one is struggling with a mental health issue after a Parkinson’s diagnosis, contact us today. Our licensed counselors are here to help.